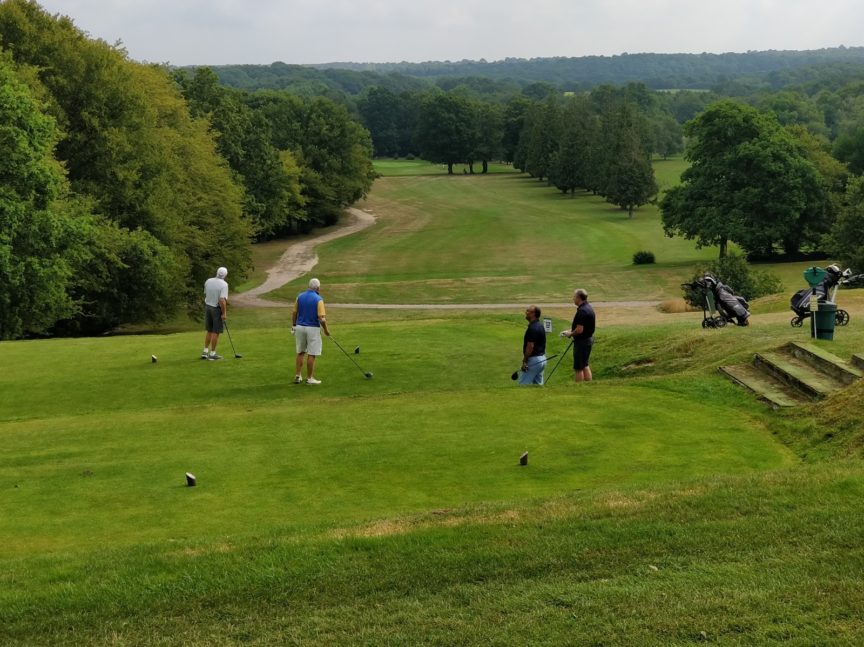 With the sun shining, spirits high and a clubhouse filling up with keen golf players, Brian Cochrane hosted the Captain’s Charity Day in aid of Team Ben Hammond at Tenterden Golf Club.

Following a couple of days of baking, the halfway house was awash with enough cakes, scones, snacks, tea, wine and beer to tempt even the most competitive golfers to add a few strokes to their score card. With players trying to win the best bottles on the tombola, it meant that no course records were being broken! Instead, the incredibly warm and friendly atmosphere and the players interest in the ethos of Team Ben Hammond, it was their generosity that reflected their enjoyment. This led to a prime opportunity to raise awareness about the charity and the fantastic work being done to ensure as many 14-35 year olds can have access to free heart screening locally. This screening has been shown to reduce Young Sudden Cardiac Death by 89%. A staggering statistic by all accounts.

We all felt absolutely privileged to have been involved with the day. No parent should ever have to experience the pain of losing a child and for anyone to find the courage and compassion to set up a charity that strives to do all they can to ensure others do not suffer in the same way is beyond admirable. The SAS team of Steve and Sheralyn and their dedicated close knit team, have worked tirelessly to raise awareness about the risk of Sudden Cardiac Death. As parents ourselves we feel very lucky to know our daughter will be able to access this screening when she is old enough. This is something that was not available in Kent until Team Ben Hammond set up screening days a couple of years ago.

The day ended as the 19th hole hosted the drawing of the raffle and rewarded the day’s best players. The time and effort that went into the organisation of the day by Club Captain Brian Cochrane meant that an incredible £5127 was raised, which will be enough to pay for a full days heart screening. An amazing achievement thanks to the incredible generosity of all the players, staff and sponsors and all the money raised in an atmosphere of fun and enjoyment that will be remembered for some time to come!