The good luck messages started pinging up on my phone from around 7:00am. Then as I got onto the train to Greenwich I received the message I had been waiting for.

‘You’ve received a donation’ it said. That donation took my fundraising over £3000. Once again the support and generosity I had got was amazing. It felt like the final push I needed; I was ready to run!

This year I had company in the start zone with Amy and Nat Clark. It was their first marathon and they were nervous of what lay ahead. It was inspiring to listen to their stories, their ‘reason to run’. Amy was running for Dementia Revolution for her dad and Nat for Cardiac Risk in the Young in memory of Ben. They were both really inspirational and great to be around. 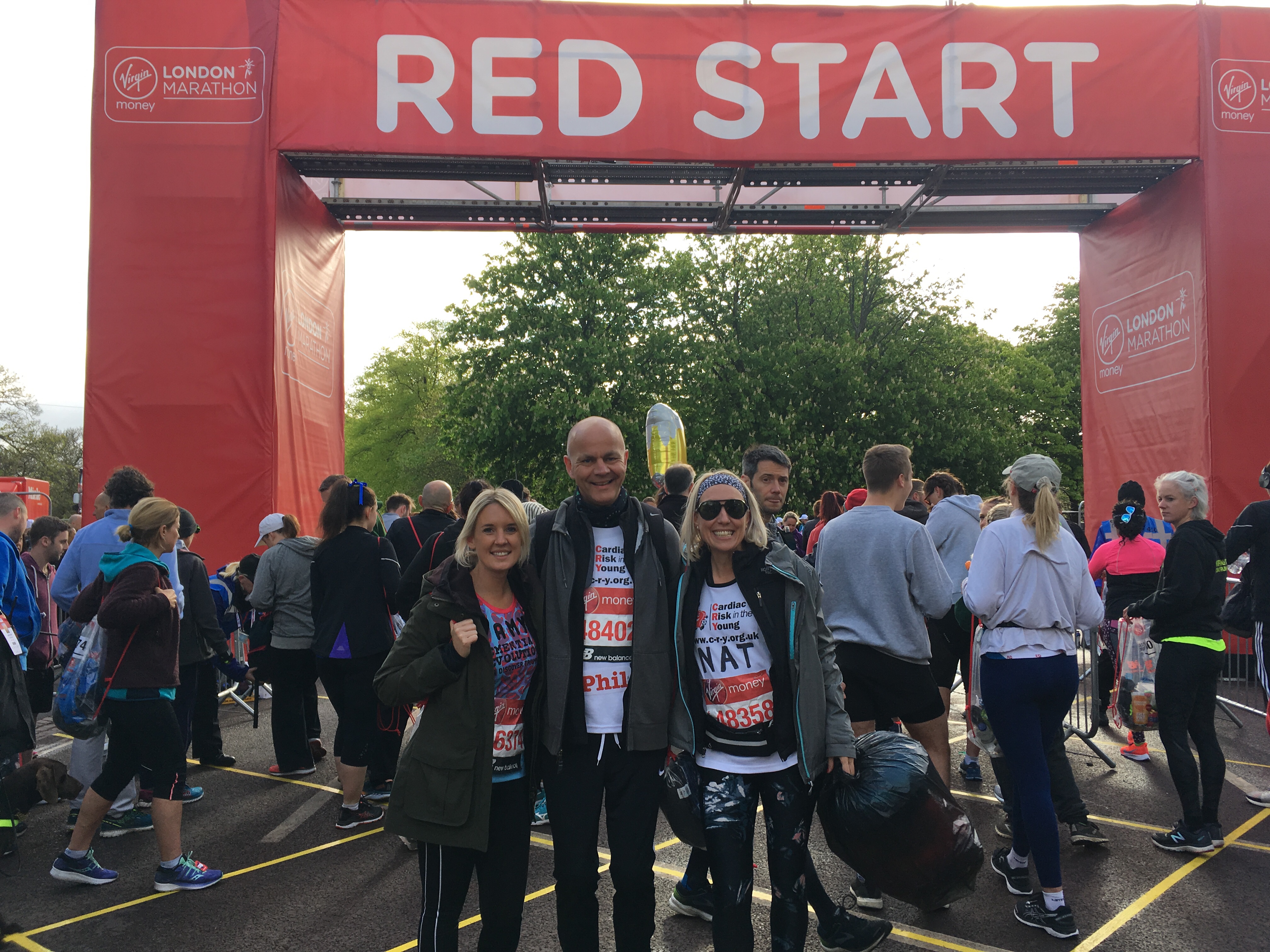 I made my way into my starting pen and waited for the start. I positioned myself at the back as we crossed the start line. I was off for my third London Marathon and it felt great. I got into a good rhythm and was going well. 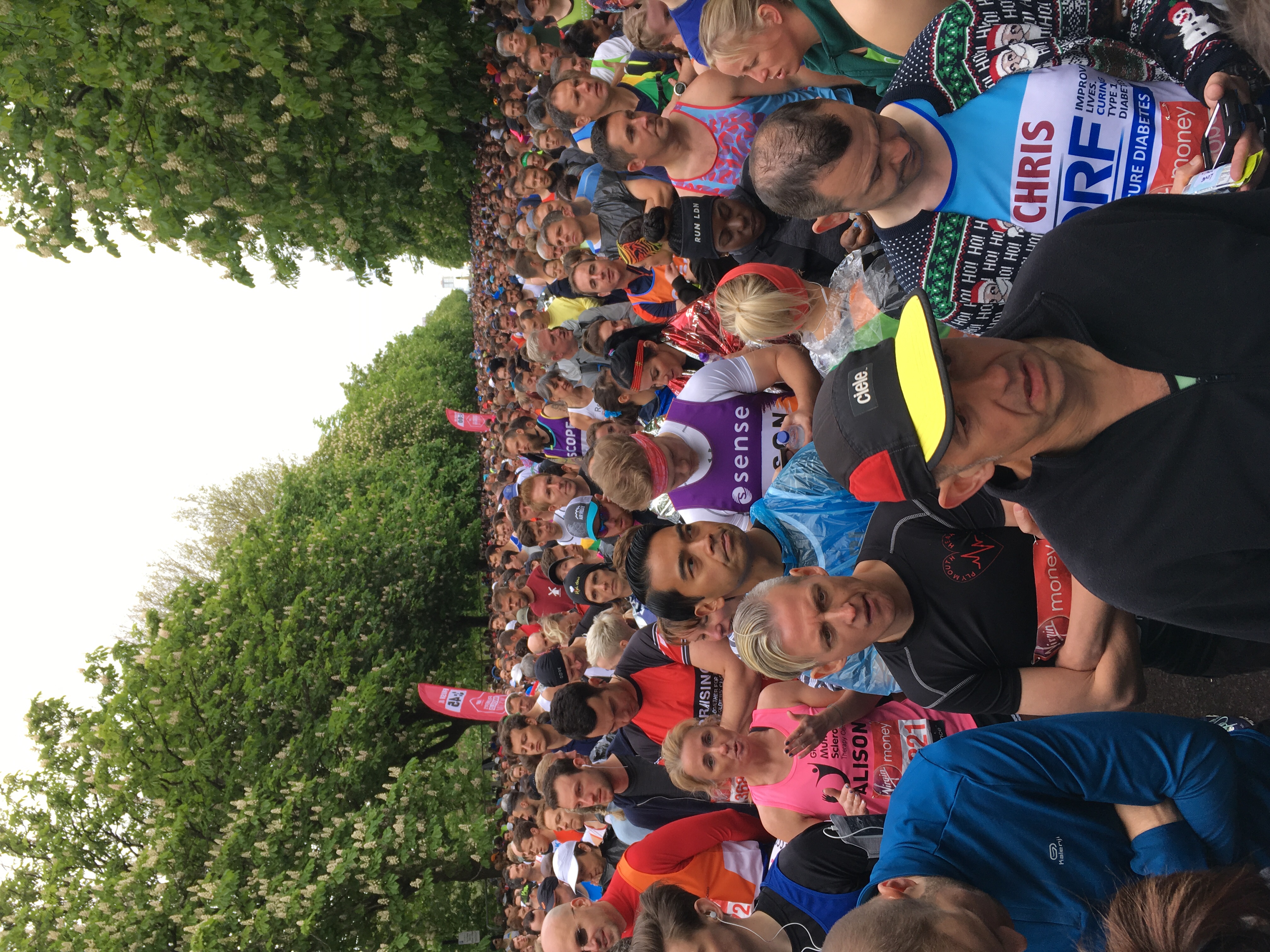 My first target was The Cutty Sark. I kept my eyes peeled looking out for Sheralyn, Steve and Archie. I thought I’d missed them as I started moving away from the iconic landmark, but to my relief I saw them up ahead. I quick high five all round and I was on my way. Thoughts of this amazing family filled my head as they often do, and today it was all the more important to me to remember Ben. He’s the reason for all this and I just wish he could see what he has done. Thank you Ben.

As I continued my way along the route the support was outstanding. A cauldron of noise from sound systems, steel bands, cheers, whistles, cow bells and the occasional vuvuzela! It’s this wall of sound and support that sets London apart from other marathons I have run. It is The Marathon.

A quick check of the watch and I could see I was going a little bit too fast. I knew I would pay for this is the latter part of the race. However I felt comfortable as I crossed Tower Bridge and set my sights on seeing my family and friends just after the half way point. It was an emotional moment seeing them all cheering me on my way. It means so much to me that they all came again to show their support. Thank you Sam, Tommy, Lily, Ian, Jane, Maddi, Suzie, Sonny, Dan, Lesley, Louise, Mark, Maisy and Sylvie. You are all my hero’s 💚 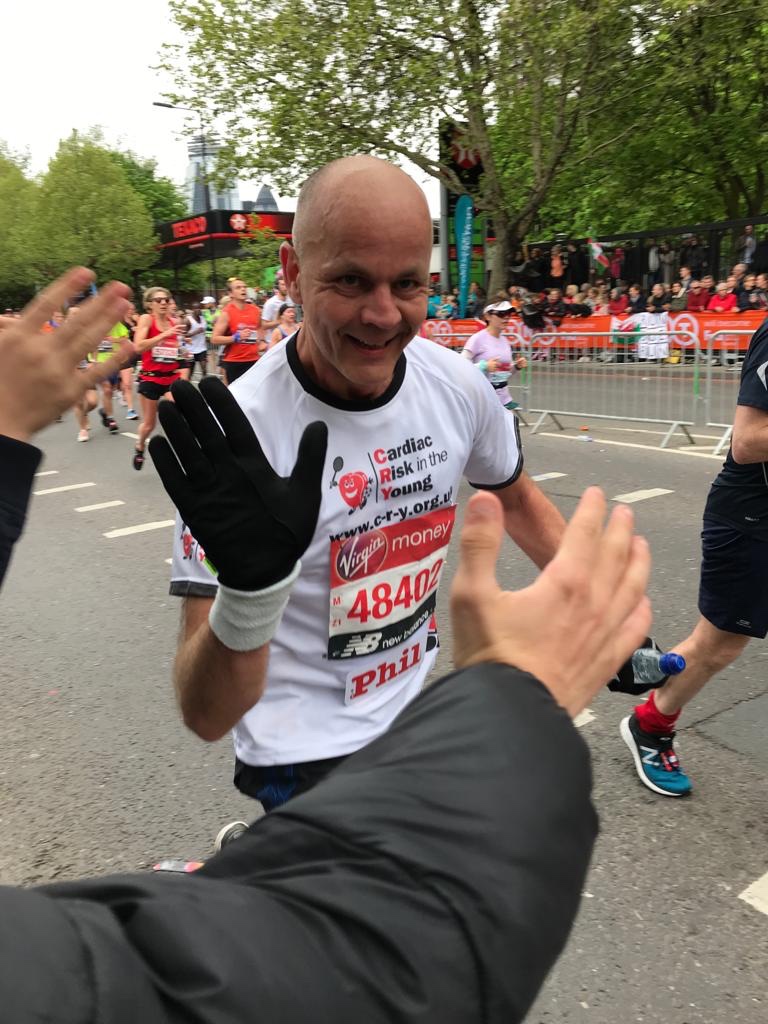 I winced as I past the part of the course where injury struck me last year. The weather this time was much kinder than the intense heat of 2018. I still felt great but as I came out of The Isle of Dogs I felt my legs become heavy, my running more laboured and my pace slow. ‘This always happens’ I thought to myself, but I dug deep and managed to keep going but it was so tough both physically and mentally.

At last I got to the embankment and decided to walk for the first thirty seconds of each of the final miles. Maybe it helped me more mentally than physically but either way it worked. As I past mile 25 my legs were screaming for me to stop but I couldn’t, not now. I felt so close and my supporters gave me the final boost I needed to get to the line. Thank you all again.

The euphoria of crossing that line is something I will never forget. It’s so nice to finally stop running after nearly four hours.

So it was all over for another year. I was really pleased with what I’d achieved. Two marathons in two weeks is tough but I think next years challenge will have to be even tougher! 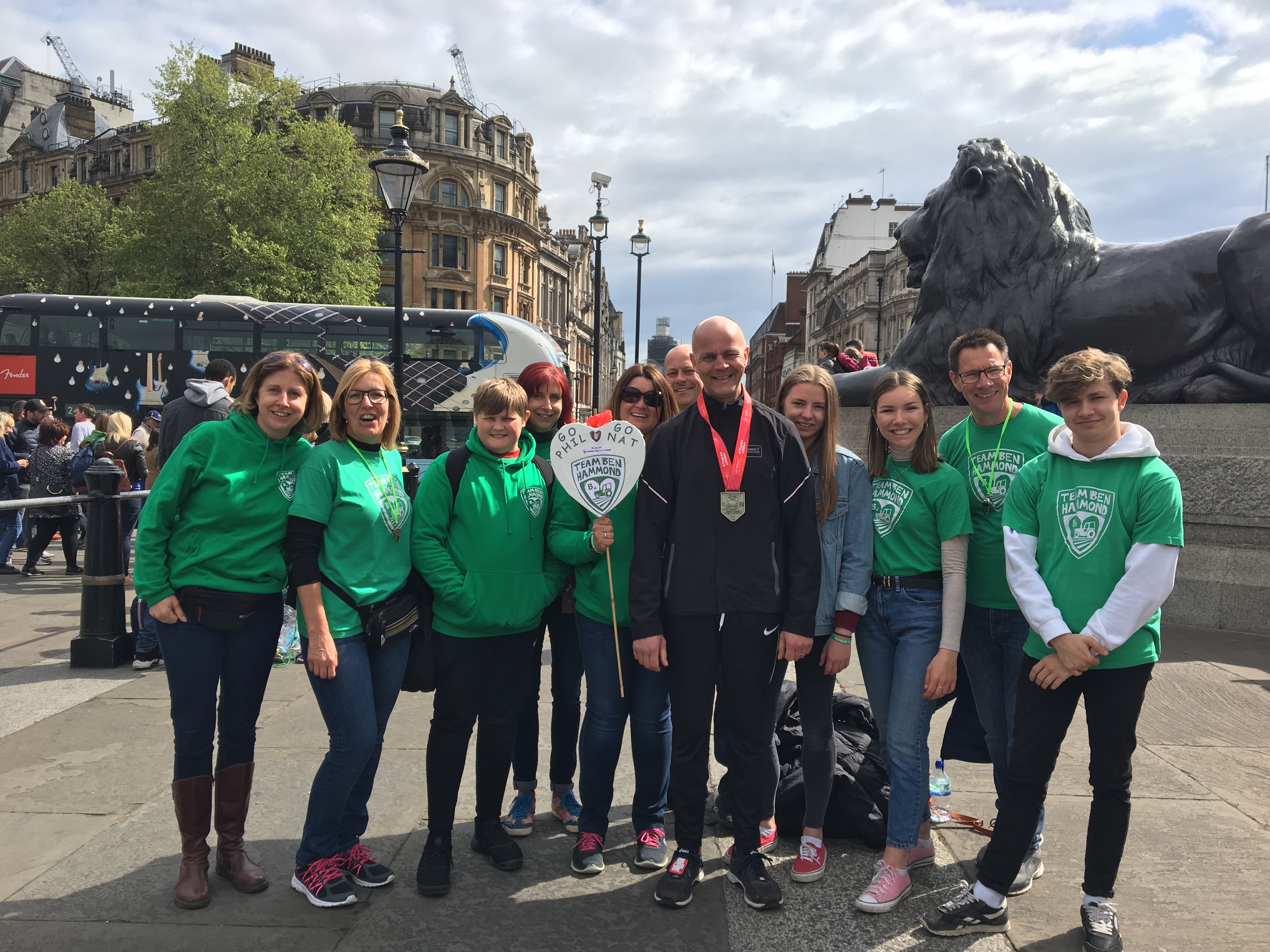